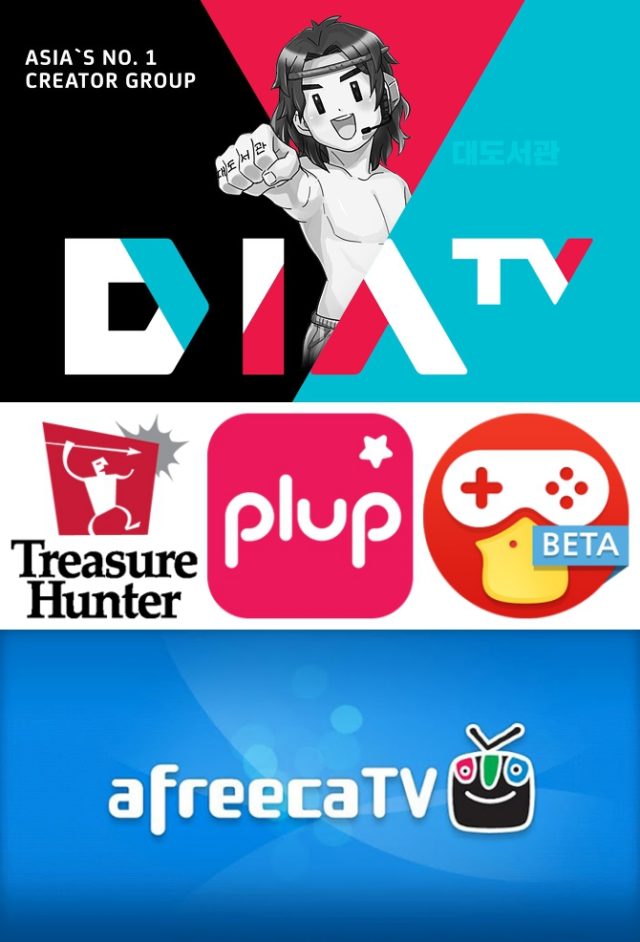 “MCN(Multi Channel Network): It started as way to group and manage the growing number of channels on YouTube that gain popularity and make profits. MCN which was formed by various YouTube channel alliances, typically provides products, program planning, payment, cross-over promotions, partner management, digital copyright management, profit creation, sales, possible customer development and other services to contents creators. It refers to a multi network. To simplify, it is like to SM Entertainment, YG Entertainment, JYP for celebrities.” – Wikipedia

MCN is a hot keyword worldwide. According to a recent research from the media research company Ampere Analysis’, the global video platform YouTube’s top 100 MCN property value is at 10 billion dollars (about 11 trillion 805 billion KRW).

In fact, US teens know MCN stars on YouTube far better than TV stars on television.

There is an MCN fever in Korea also. ‘YouTube stars’ such as YangThing and DaeDoSuhGwan with over 1 million subscribers are arising as well as more companies that manage them.

“Large enterprises as well as various multi-channel network(MCN) companies are competing to bring popular BJs. MCN is an agency that provides program planning, advertiser attraction, and copyright management etc. YangThing is taking part in the management of Treasure Hunter under the title of director. CJ E&M that featured the MCN brand ‘DIA TV’ promised investment in the shares of the corporate body created by popular BJ DaeDoSuhGwan as well as full support in all aspects. ”-You don’t know ‘DaeDoSuhGwan’? ‘1-man broadcasting age’ that don’t require celebrities(Money Today)

Some are wanting to become platforms.

Thus, many articles can be found that organize and summarize on these companies. There are especially a lot of concerns and interests towards their business models. Outstanding has a great summary of this so please check it out for further information.

The introduction was too long. I apologize.

What I would like to discuss today is about ‘why’ and ‘how’ regarding the domestic popularity of MCN. Can MCN have a huge influence in Korea as it does in the United States?

To answer is, yes, I do believe it is ‘possible’. However, there are two critical problems to overcome in order for that to happen.

First of all, television stars are entering the MCN market even before it is fully established.

“On the upcoming 30th, Daesung will broadcast ‘safe trip home service’ through the Naver V app. Which is a ‘heart-thud’ fan service that is about taking a fan to his/her home safely. Beforehand, on the 2nd, G-Dragon communicated with his fans through ‘1 plus 1 is Jiyoungee– let’s not do anything’ and on the 9th, TaeYang broadcasted ‘TaeYang’s let’s go eat now’. During this broadcast, TaeYang gained a lot of attention by visiting fans’ houses and on the 16th, TOP appeared as a guest and showed his charms in a mysterious atmosphere. On the 23rd, SeungRi ran ‘SeungRi’s please do it – please win’ and showed his ‘beagle-like charms’. – [V app] ‘last up’ Daesung, he will walk you home.’heart-thud’(ISPlus)

Looking at the title ‘heart-thud’ makes my heart thud too. It doesn’t have the same meaning, though.

Second, it should be noted that even strong figures in the internet era are using celebrities to enter the newly-formed mobile broadcast area.

The live mobile video app ‘V’ of Naver as mentioned above is a good example. The strong figure in portal, Naver, has been evaluated as being weaker than Kakao, Facebook, or other new challengers in mobile, but still, its influential power is very strong. Also, (with Daum erased?)Kakao’sDaum Pot TV is acting as the platform for the MCN program ‘My Little Television’ of MBC.

These two phenomenons s have a high possibility of being obstacles in current situations when YouTube stars such as DaeDoSuhGwan and YangThing are transforming into channel platforms.

Naver and Kakao have had their share in celebrity marketing already. Couldn’t it just be like a one-time event?

Yes, one may think so. It is typical for companies to use celebrities when releasing new services in order to gain users.

The bigger issue is that this is not a one-time, temporary occurrence. Players in mass media such as celebrities, PDs, and platforms are settling down as mobile broadcasting platforms one by ones.

“AfreecaTV joined hands with the celebrity production company Mystic Entertainment run by the singer Yoon JongShin and entered the MCN(Multi-Channel Networks) market that is rising as the new business area in the 1-man media era.” – AfreecaTV-Yoon JongShin ‘join forces’… a new ‘entry’ in the MCN market(News1)

Singer Yoon JongShin joined hands with AfreecaTV. ‘New Journey to the West’, produced by Na YoungSuk PD, and showcases outstanding celebrities such as Kang HoDong, Lee SuKeun, Lee SeungGi, and EunJiWon appearing, can only be viewed through Naver TV Cast.

It is almost as if major players are announcing to take over the market altogether just when YouTube stars, and MCN-related start-ups that manage them are about to settle down in to the market.

Isn’t it the same in foreign countries?

It sure is. In the United States, major media such as Disney, Dreamworks, Viacom, and Time Warner are taking over MCN or investing in share in order to enter the MCN market. However, it is different in the case of Korea. As mentioned before, pre-existing IT service enterprises such as Naver or Kakao are directly entering the market. Celebrities support this from behind. What is the reason for this? SimGoon organized the size of the market very thoroughly in the writing ‘invasion of mobile local business, is there a solution?’

“50 million people.As can be seen from the population, the Korean market is small. It is nowhere as nearly large as China with 1.3billion or the United States with 300 million. This makes a difference in the standard from which attention is brought. Typically, in the foreign market, users’ attention is drawn when at least 1 million downloads is reached. But in the case of Korea, it becomes an issue even with just 100 thousand downloads. The difference that comes from such a number difference is huge. As the standard from which attention is drawn is different, it is not easy to imitate popular mobile services in China and the United States. This is because there are too many users who are already used to the pre-existing services. Even if imitations were made, due to the large population, there is a large possibility that each of those services would continue to survive.”

Foreign markets have a population size that allows profits just from taking over the area in which mass media is not interested. However, in Korea, with only a total population of 50 million, companies must place 1st or 2nd in the market to run a business that has ROI.

In the end, domestic MCN players must face a battle against major players such as large platforms and celebrities. Of course, I believe that there are endless market possibilities of making profits through YouTube stars such as DaeDoSuhGwan and YangThing. However, whether these benefits can be guaranteed when they join MCN should be carefully and rationally thought and considered.

When they perform personally, they gain about 20 million ~ 30 million KRW per month. The reason why they join MCN is in hopes of being guaranteed an even higher market profit. Would it be possible to ensure their profit while running and run the business with proficient ROI? In the end, the two problems mentioned above must be overcome. or new markets should be found in foreign countries.

What would happen if a new market cannot be found? Looking at the example of Koo TVthat was released last May and closed down in just 4 months, careful analysis and studying should be done.

The video consuming paradigm is now towards away from television and moving to mobiles. This change brought a new paradigm known as MCN. However, platform companies and celebrities that already had predominant power are also entering the market. In the time of such rapid changes, realistic analysis of MCN is needed rather than remaining optimistic.