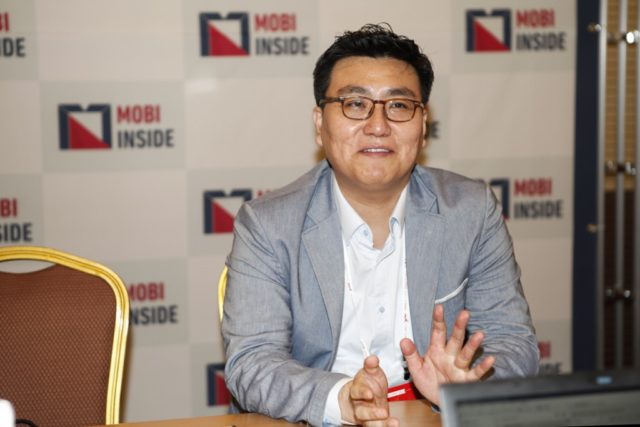 Since the iPhone 3GS’s entry into the domestic market in 2010, a mobile era has begun. This led to the appearance of various startups seeking business opportunities in the new market.

As a number of successful cases such as Kakao and SundayTozhas appeared, the number of people seeking new business opportunities in the mobile market is increasing. However, even if they jumped into the startup market with good contents and technological competitiveness, they still have to face various difficulties such as capital, management, and labor force. 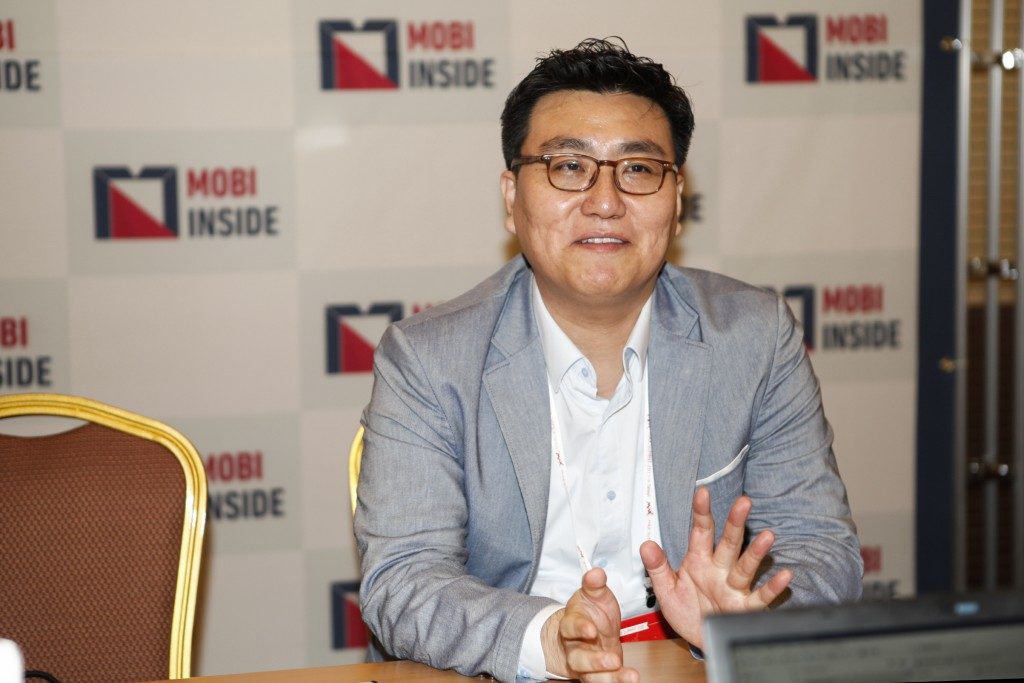 How would he view the Korean mobile startup market as someone from the first generation venture? We met representative partner Taek-Kyoung Lee(picture) to hear about the past, present, and future of the Korean startup markets going under drastic mobile-centered changes.

How has the startup market been for the last 5 years? Representative Taek-Kyoung Lee says that “there were contents that rose in popularity during each period,” and explained that “when you look at startups, you can find out about the trend of that time.”

“In 2010, social commerce, and in 2012, perhaps due to the success of I-um Socius, social dating was popular. Location Based Services(LBS) had been popular once too. Now there are lots of O2O(Online to Offline) services offered.”

Representative Lee differentiated between being popular and being a trend. They may seem similar but Lee thought that being poplar means a temporary spring up, while trends lead social and economic developments.

“Trends and being popular are different. Trends have continuity while being popular doesn’t(like how services such as QR codes, and LBS appear then disappear). It is something that startups should be careful about. I don’t think imitating others is the best solution. Tha market and timing should all be considered. QR codes became popular in China and LBS have been said to rise since 16 years ago but are simply being blended into related services these days with the rise of O2O. You should follow continuous trends instead of temporary popularities.”

Then why are these changes happening? Representative Lee explained,“The satirized market is the driving force behind new services.”When services designed for specific areas increase in number and lose marketability, companies create different services and set them up in the market, and then other companies release similar services. He believes that rather than an entirely new service being created, small innovations that match customers’ needs will continue on.

◇ For startups to survive

There is a keyword that always comes up when mentioning startups – profit model. It is a question about survival – how to gain investment and how to survive in the market. Representative Lee answered that it is a matter of time.

“The year 2010 was the starting point for domestic mobile startups and I believe it is now time to make progress. A lot of people are concerned about this. However, I personally believe that it is simply a matter of time. Some startups may fail but there will be ones that begin to make progress from now on. In the case of StyleShare, for instance, it took a bit of time to find their profit model but is growing monthly by 15~20%. ”

It is not easy. Large companies aren’t helping either. As mentioned in the last article, ‘Invasion of mobile local business, is there a solution?’, Korea is prone to invasions by large companies due to its small market size.

How can startups survive the competition with large companies?

“Startups may feel that it is unfair when large companies invade their local business. But from the large companies’ view, global firms entering the Korean market without regulations is a bigger issue and competition with global firms must be taken into account. What is disappointing is the small number of merger and acquisition (M&A) cases. Foreign firms, for instance, attempt merger and acquisition (M&A), then jump directly into the market if it fails.”

Domestic startups are in a situation in which direct entry into the market is more familiar than M&A from the large companies’ view. Representative Lee ironically suggests ‘competition’ as a solution. He believes that fierce competition between companies is needed rather than rashly promoting M&A.

“The reason M&A is common in the States and in China is due to the fierce competition between companies. In the States, Google, Facebook, Amazon, MS etc. are all in competition with each other. In China, the 3 major companies, Baidu, Alibaba and Tencent (BAT) are in competition. On the other hand, there is a lack of competition in Korea. Only recently, competition has started with the introduction of Yellow Mobile against Naver and Kakao. I personally believe that M&A will increase as global firms enter the Korean market and start up fierce competition. If a successful case is observed, it will only be even more activated even if obstacles were set to stop it.”

Moreover, representative Lee emphasizes ‘differentiation’. ‘Customers’ are located at the core of this idea. He explained that “while it may seem abstract, understanding customers is more important than superficial services. If differentiated values are conveyed based on high levels of customer understanding, it will be a service that cannot easily be imitated by others.”

◇ Role of growing ‘people’ and not just startups

‘Technology’ lies in the background of representative Taek-Kyoung Lee. This can be confirmed by his role as CTO in Daum Communications. Thus, it seems that representative Lee has a strong sense of attachment towards technology related firms and developers.

“I think it was around when Daum Communication was publicly listed, and became No.1 in Korea, winning against Yahoo Korea. I thought of two different dreams to the question ‘what would I do if Ileave in 10 years?’that I asked myself. First, I wanted to help younger founders and secondly, I wanted to help those in the development and technology area. During the last 5 years, I tried to achieve that first dream and I think I’ve made some progress. Now, in order to achieve the second dream, I began working as an adjunct professor at Yonsei University’s department of computer science since last year.”

There is just one reason as to why representative Lee is giving lectures. He wants to pass on his experience in the field to teach students how to ‘catch fish’.

“I have felt the ‘sense of crisis in science and engineering’ since 2001. While I worked at Daum, the development team manager often commented that ‘it is hard to gain human resources these days. It seems there is a lack of smart kids in schools.’ I think it has actually improved a little than back then. But I also think that there is still a huge sense of detachment between the field and the studies. I am giving lectures on ‘process of projects and the life of a developer told by a field developer’ starting from this year, and I am striving to teach about the reality of field developers rather than focusing just on the theories. ”

1.What are some standards and conditions when selecting startups at MashUp Angels?

To make a reference to a card game, it is like betting it all on just one card. MashUp Angels invests in companies that are in their early stages so we have no choice but to look only at the according team and business model. We especially take a close look at the co-founder, the team’s core manpower. We also look at their values and motives for starting the business. We have seen many cases of failures even if they seemed like a smart team. We look at their business model as well. We assess whether the customers’ needs are definite. If the market is too small, it is difficult to succeed even if you somehow go beyond the Angel Round. We can assess the team’s senses when we ask and discuss about such matters. If I may add, action is more important than words.

2.Which startup that you invested in was the most impressive?

Most people mention the computer vision technology advancements when talking about business cards management. These people thought of an inverse concept. They took care of digital typing with crowdsourcing and used image processing and computing as supplementary tools. The previously used service had too much typographical error. I personally wondered whether ‘do we need an assistant for card entries?’ but Remember took care of the solution to that question. They entered about 3000 cases by early this year, becoming a power user. I believe they are great at their organization management. There are cases where fast-growing startups facing trouble due to poor organization management. But I think Drama & Company is in good hands under representative Jae-Ho Choi.

3.What is the biggest difference when compared to the private accelerator‘Primer’?

There are two parts. First is the decision making structure. Primer or regular VCs typically have an unanimity or when in the case of 5 partners, at least 4 votes as the investment structure. But in the case of MashUp Angels, only 2 agreements are required out of the 5 partners for an investment to take place. This is possible because it is an Angel Network rather than a corporate body. There are teams that went under investments in just one day due to the fast decision making process. Of course, it isn’t always about speed(laugh). Secondly, it is the concentrated management done on invested startups. We support many of our own workshops and support programs. On the other hand, external programs are rather lightly managed. We run startup networking groups with ‘Just Start your own Business and Don’t be a Chicken (쫄지마창업스쿨)’ or ‘Bon Angels’.

4.In what direction would MashUp Angels be heading in from now on?

I think that by the end of this year, about 20 teams would be selected in the case of arrangement 2. However, starting from next year, arrangement 3 will be reduced to include a maximum of 15 teams. Since we invest starting from the very front-end, there are many problems that need to be solved together with startups. More and more attention is required as the number increases. But we plan to enhance the support programs for the 15 teams and will also run a booster program.

5.What are some recent topics of interest?

Recently, areas of offline turning digital including O2O are of interest. Big data areas that incorporate the Internet of Things (IoT) have a lot of development potential as well. Other than those, I am personally interested in the enterprise solution area. It may be difficult to approach and achieve, but can allow easy global advancements, if successful. 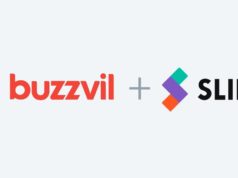 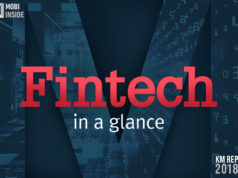 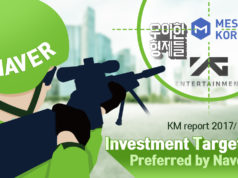