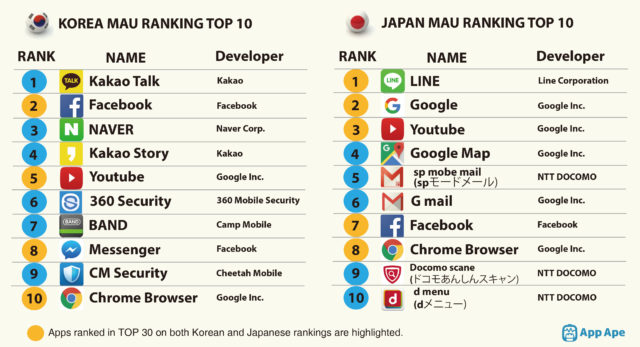 Today, App Ape will be publishing the very first MAU Ranking of Smart Phone Apps in
Korea. (Sep, 2015) Here is the comparison of MAU ranking in Japan and Korea. 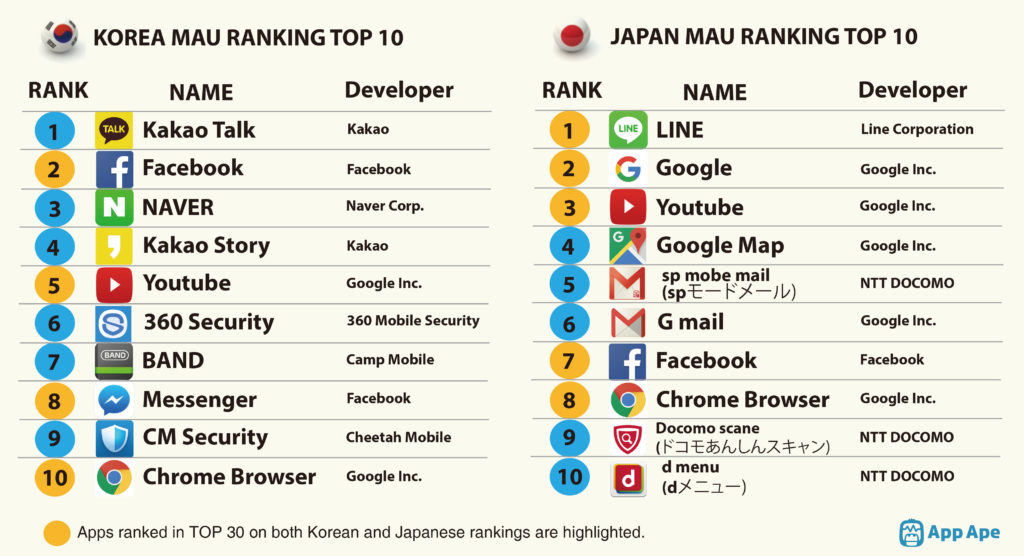 If you take a look at the top three on Korean MAU ranking, “Kakao Talk” comes in the first
place. The 2nd is “Facebook” , and “NAVER (NAVER Search Engine)” is taking the third
place. In Korea, “Kakao Talk” is mainly used as a messaging app as like “LINE” which
placed in NO. 1 app in Japanese market. You can not ignore the fact that “Facebook” is
used more than Japanse market. In Korea, “NAVER” is widely used like “Yahoo!JAPAN” as
a portal site, search engine, news, email. Below, we will list MAU ranking from 11th to 30th. 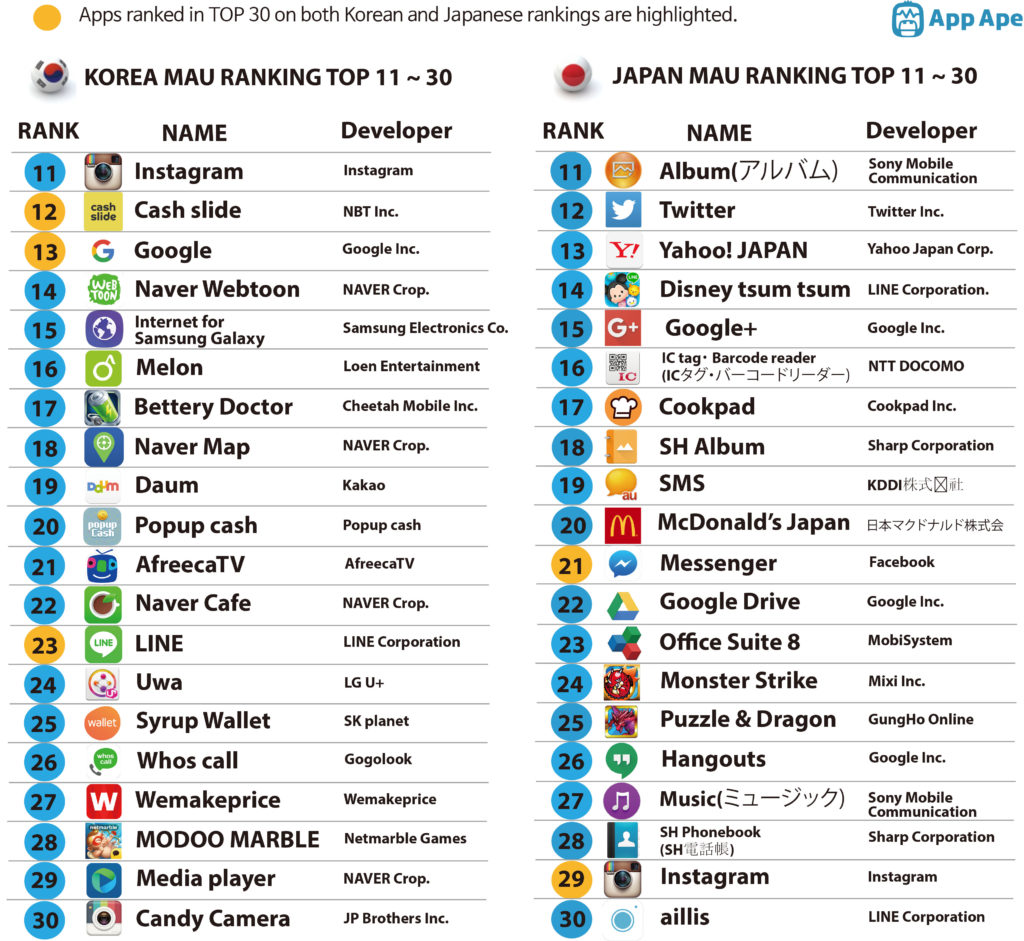 Next coming app is “AfreecaTV”

Through this research, we found out the most popular app among 20’s korean male. It is an app called “AfreecaTV” which ranked in the 21st on MAU Ranking. You may have not heard of this app in Japan, but please take a look at this graph.

According to this graph shown above, a percentage of 20’s male who downloaded and own
this app is 22.3%, which is considered as many in general. “AfreecaTV” is owned by a user
so called BJ(Broad Casting・Jockey). It is a similar concept as the video distributor like
Youtube or NikoNamaNushi. These distributors are gaining popularity and also making
money. Amo ng of them, there are users who are earning several tens of million yen a year. This app is already released in Japan, so we can not take our eyes out of them.

We found out the result of Korean MAU ranking was very different from Japanese MAU
ranking. This was our very first time releasing of the Korean app market data, but did you
like . We are planning of expanding the service in overseas. I hope you to look forward to
find out how world’s app data looks like through App Ape.