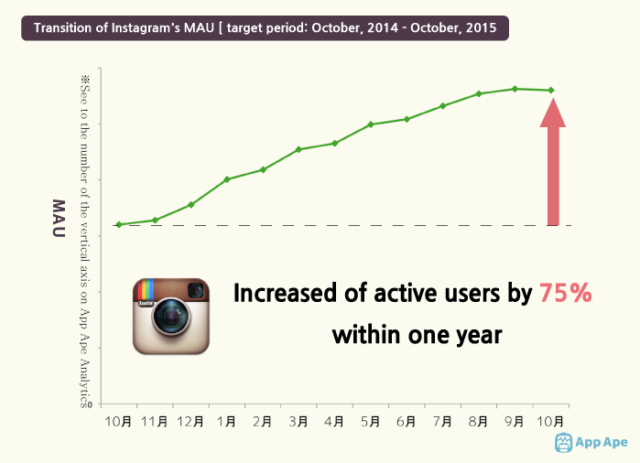 This article from App Ape Lab. If you want to read original article, please check below the URL. (Original Article: http://lab.appa.pe/2015-11/instagram-analysis.html)

For the users who likes photography and pictures, Instagram is becoming an essential app. Instagram is gaining popularity by sharing photo posts with other users. We looked into more details of user’s newest activity through App Ape data. 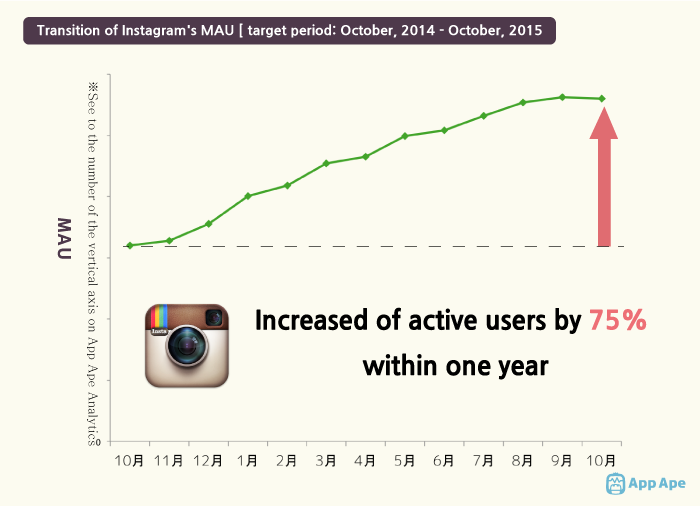 You can see the male user’s activity, yet Instagram acquired more users from fashion-conscious females, and who has high interests in photos. 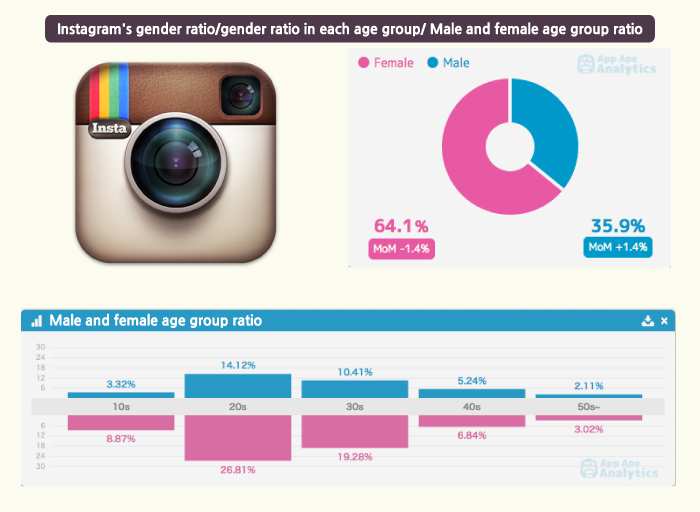 Next, we will be looking at the transition of annual MAU (Monthly Active Users). You can see the graph rising to the right and increase in number of active users by 75% between 2014 to 2015. Instagram released official photo collage app “Layout from Instagram” in May, 2015.

Also, in August, they added a new multi-orientation feature. Instagram had became famous for uploading the four-squared photo with vintage looked filter like a Polaroid photo. However, Instagram added the new feature which eliminated the big characteristic of limiting them for four-squared photo. Instagram drastically increased its active users with being user friendly app on its own with those two changes.

3. Established a Trend of Stimultaneous Combined Use of Photo Collage App 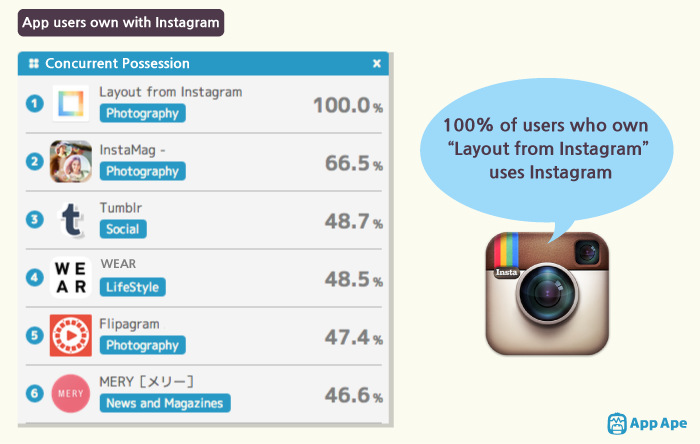 An app came to the first place is “Layout from Instagram” which is released officially by Instagram. You can make a collaged photo with this app. This app seems to have a high credibility, since it is not made by third party and also it is an official Instagram app. Second place is taken placed by “InstaMag Collage maker”. “Layout from Instagram” has limited patterns of photo collage. However “InstaMag” provides wider range collage options for users.

Fifth place is taken by “Flipagram”, slide show movie maker. It is very similar to Instagram which allows users sharing photos. Additionally, you can create a slide show with the music on the background with modifying the speed of the slide show. Many users are using this app together with the “Instagram” since users have an option of uploading the slide show to “Instagram.” (“Instagram” is allowing you to post 15 sec movie.)

At the beginning, “Instagram” only allowed us to post four square photos (which was a bit of issue for some users who want to post whole picture). However, released of the series apps and added features improved user experiences. It is a matter of course to consider user experience when you update apps. Once again, you can realize user experience is taking a
big part of the subject. You can expect more increase of “Instagram” users domestically in the future.