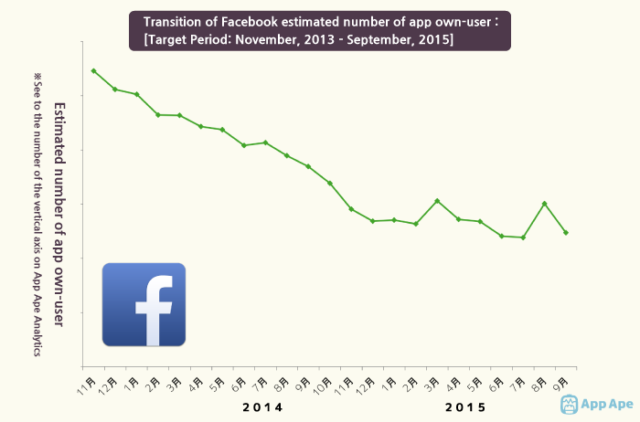 This article from App Ape Lab. If you want to read original article, please check below the URL. (Original Article: http://lab.appa.pe/2015-10/facebook-user-2015.html)

Unstoppable drop of domestic Facebook users percentage has been witnessed. We researched a number of users who own Facebook app from Nov, 2013 to Sep, 2015. We made a graph of Facebook app holduser which is shown below. 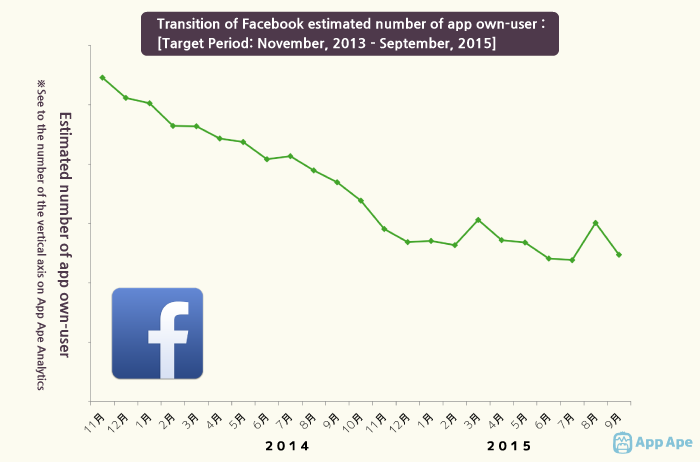 Facebook lost 13% of Japanese Domestic Users in Only Two Years

From here, we will dig into deeper data to see which age-group
users are no longer using Facebook. Below, we created the chart which shows gender-age group app own user rate of Facebook within the target period of November, 2013 to September 2015. 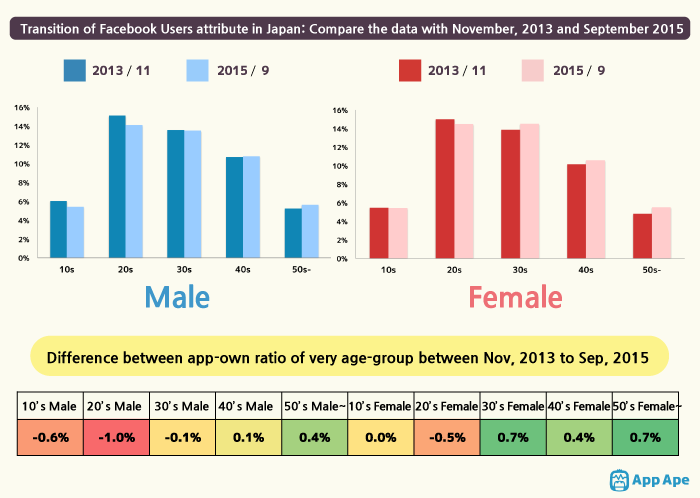 If you take a look at the possession rate of each age group, Facebook users are mostly consisted of 20’s and 30’s age group.

This is only an estimate due to the changes in a total number of users. When we take a look at the user’s demographic, it is decreasing with the focus on male teens and 20’s, also female teen’s. It is possible that young generation are leaving Facebook drastically.

We looked at data of Facebook for Japan this time, but twitter could be next interesting app to look into its data since twitter also has experienced losing their users on a worldwide scale. We will report if there has been any change of uses of twitter among Japanese users known as one of the most heaviest twitter users in the world in near future.