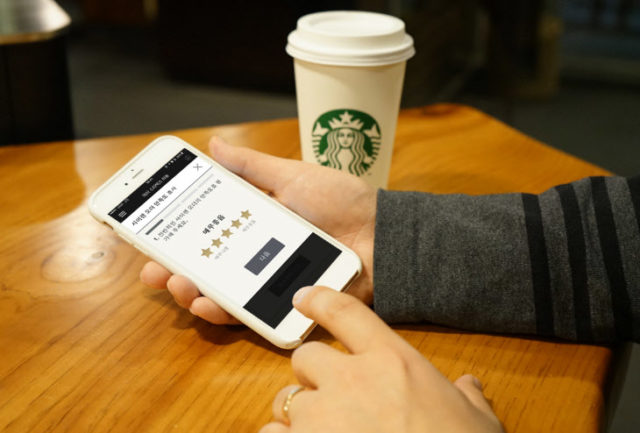 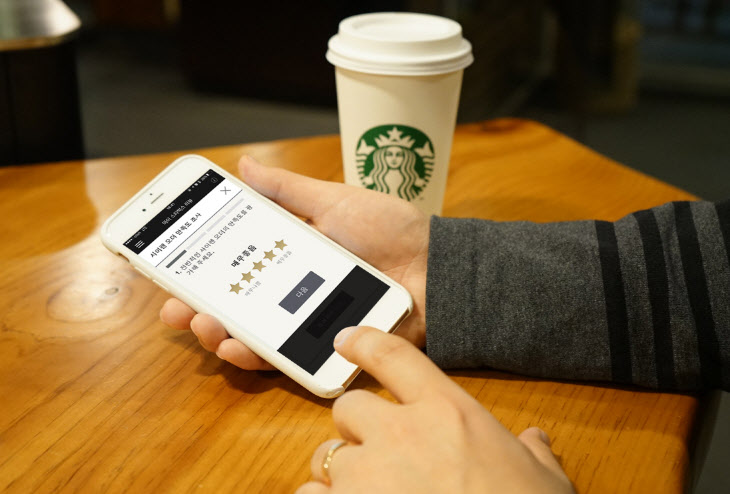 It all began in 1997. More than a dozen employees gathered at a studio apartment. These members were the initial members trying to launch ‘Starbucks Korea’ based on the co-investment of ShinSeGae Group and Starbucks headquarters. It wasn’t easy right from the beginning. ShinSeGae offered 3 billion KRW. The notion of a café at the time was nothing more than a fancy way of calling a small tea room. Therefore, receiving a large scale investment would not have been easy.

3 billion KRW was rather insufficient to start a café business. It takes at least 500 million KRW to open up a single Starbucks-scale offline store. More “bullets” were needed for an aggressive business plan. Somehow, Starbucks Korea was able to get an affirmation from ShinSeGae that they will invest as much as the Starbucks headquarters. Eventually, a total of 20 billion KRW was gathered as the initial capital, 10 billion KRW from each company, and the very first offline store opened at Ewha Womans University 2 years later.

After the initial investment, Starbucks Korea saw immense growth. In 2016, more than 850 direct management stores has opened. It has already been 4~5 years since people said the coffee industry fell into stagnation, but Starbucks Korea is continuously managing steady popularity. What is their secret? The question has been answered below using a couple of keywords.

Of course, that is not to say that representatives before Representative Lee did not play their parts. Each representative had played the necessary roles during their tenures. They negotiated with the headquarters in US and ShinSeGae Group to retrieve the initial capital of 20 billion KRW, and some led manpower allocations and “belt-tightening” measures to increase Starbucks’ business profits. There were rumors about more-than-enough incentives during this period.

Representative Lee, who had joined Starbucks in 2007 when it settled down in Korea, focused on ‘detail’ as the company’s business strategy. Rather than taking actions right after he joined Starbucks, he chose to sit back and observe how the company ran for a year, according to the industry officials.

Representative Lee, however, did not just stay in the shadows starting from the 2nd year. Instead, he started to restructure the organization. He had clear insights on all the manager-level schedules and led regular/irregular meetings every week. He also visited the work sites.

After taking position as the representative of Starbucks Korea in 2007, Representative Suk-Gu Lee has visited the stores over 5000 times, and listens to the employees’ opinions at the stores for twice a week. There is only one reason behind his visits. He thinks that the answers to what satisfies the customers like or what the customers find inconvenient can be found in the stores; and that the people who have the key to such questions are the employees. When he finds ‘partners’ that deserve compliments and encouragements during his visits, he pulls out his compliment card and writes his thank–you note on the spot to hand it to them. – SUK-GU LEE, REPRESENTATIVE OF STARBUCKS KOREA’S ‘NICKNAME BUSINESS’ (SEOUL FINANCE)

Representative Lee’s goal was to provide identical services throughout Starbucks stores. Starbucks Korea did not have any associated member stores. This was due to the headquarters’ business philosophy. Brands such as Caffe Bene, Angelinus, and Ediya have once been aggressively expanding their business by securing member stores rapidly but Starbucks, on the other hand, focused on providing ‘identical experience’ to customers. The background behind how Starbucks, despite lacking in number of stores, could have a superior hand over revenues and number of customers lies in this.

In front of Starbucks Moo-gyo store at lunchtime, weekday. Representative Suk-Gu Lee and manager-level business team are looking at the people lined up on the streets. Tired of the long lines, some people move across the street to Café A instead, and Representative Lee asks a question upon observing this. “What about those customers who leave? Why are we doing nothing about all these people who are waiting?”

A new task was given to the marketing team of Starbucks Korea. They had to find a way to increase the offline store customers’ retention time. If somehow the exact location of the customers within the stores could be found, then ordering could be done through mobiles.

‘We will somehow find a way’ – Pikicast has… oh.. never mind. A solution was finally found: setting up high frequency beacons in the stores and creating a service called ‘Siren Order’ which can pinpoint customers’ location. YAP Company’s technology has been used for the solution.

The next obstacle was the Starbucks headquarters in US. When a Starbucks branch wants to introduce a new service, they must receive approval from the headquarters. Starbucks is an organization that requires such approvals for even minutely detailed decisions such as new menus, interior designs, and music playlists. Introducing high frequency beacons was not as easy as it sounded. The Starbucks headquarters had already tried low energy Bluetooth and indoor positioning system but both had been a failure. Starbucks Korea was able to finally receive approval from the headquarters after numerous demonstrations and persuasions.

Within just a year and a half since its release, Siren Order has reached 4 million orders and the number is still continuously growing. The Starbucks headquarters valued Siren Order highly and thus decided to set up high frequency beacons in the Hong Kong branch as well.

Most people in the distribution industry argue that the brand name ‘Starbucks’ itself have helped Starbucks successfully settle down in Korea. However, the inner-circle of the industry thinks differently. There are numerous brands that have failed to enter the market, despite their reputations in other countries. Korea is a country that not even Carrefour and Walmart could survive in. Providing high quality, identical experience to on- and off-line customers is the key elements that made Starbucks Korea what it is now.

They all say that mobile marketing and digital marketing are on emerging issues nowadays. The main slogan is about analyzing mobile and online user patterns to create business value.

Accordingly, numerous business companies are developing mobile apps and running marketing on Facebook. However, there lies a big problem in that the essence is unchanging and remains the same. While on the surface, it is taking form of mobiles and digital, on the inside it still remains offline.

Starbucks is also an offline-based service. It is nothing more or nothing less than a café. They did not focus on digital aspects such as mobiles for advertising, but rather on increasing the retention times of customers in their offline stores.

Siren Order and Starbucks Card App were both created to increase the retention time of customers. They did not jump into anything they do not know well. They made sure to cooperate with O2O companies such as YAP Company for mobile or digital areas, and then incorporated it into their offline store marketing, which is what they are best at. In every strategy, there lied Starbucks Korea’s and representative Suk-Gu Lee’s philosophy.