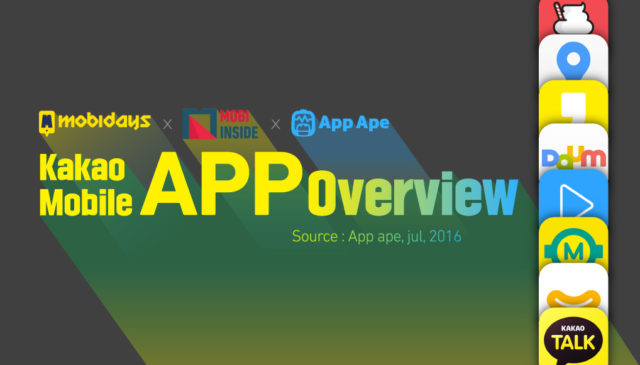 It is safe to say that Korean mobile market is dominated by a handful of key players. Among them, Kakao and Naver are the most prominent companies leading the mobile market at the forefront. With the ambition of conquering mobile landscape, these two companies are aggressively expanding its territory into various mobile services. The territory is extensive covering messenger, news, music, video and related applications hold high ranks at app stores. Interestingly enough, Kakao and Naver take different approaches to solidify its status at the market. In order to look into the current status of Korean mobile market, we have organized and analyzed mobile services provided by these two companies.

In case of Kakao, 35 applications were analyzed by the data surveyed by App Ape in July. The scope of survey did not include game applications released under the lable of ‘for Kakao’ and Kakao Home application.

In case of Naver, 49 applications were looked into using the data collected by App Ape in August. Mobile game applications and Dodol launcher application were not counted. 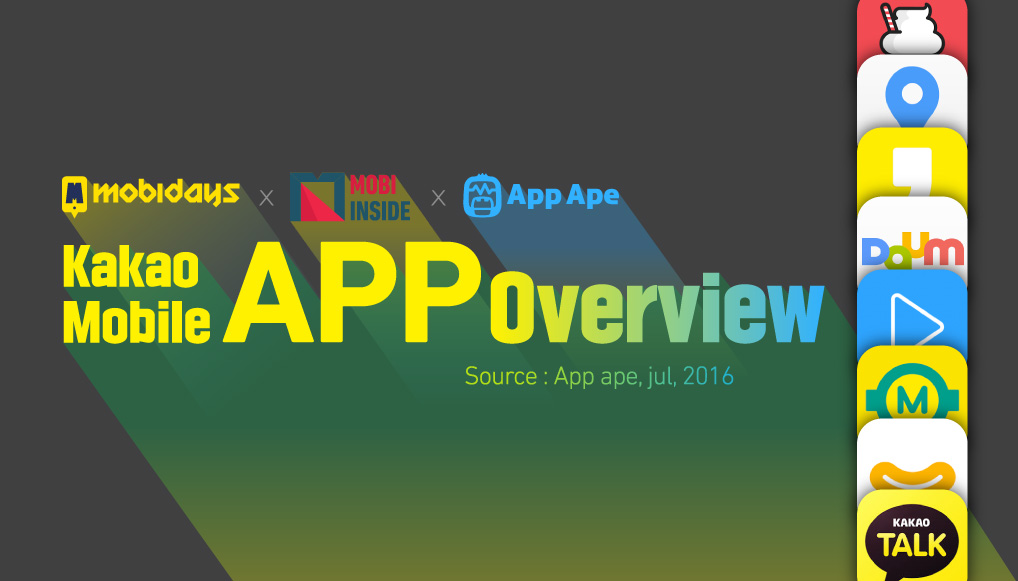 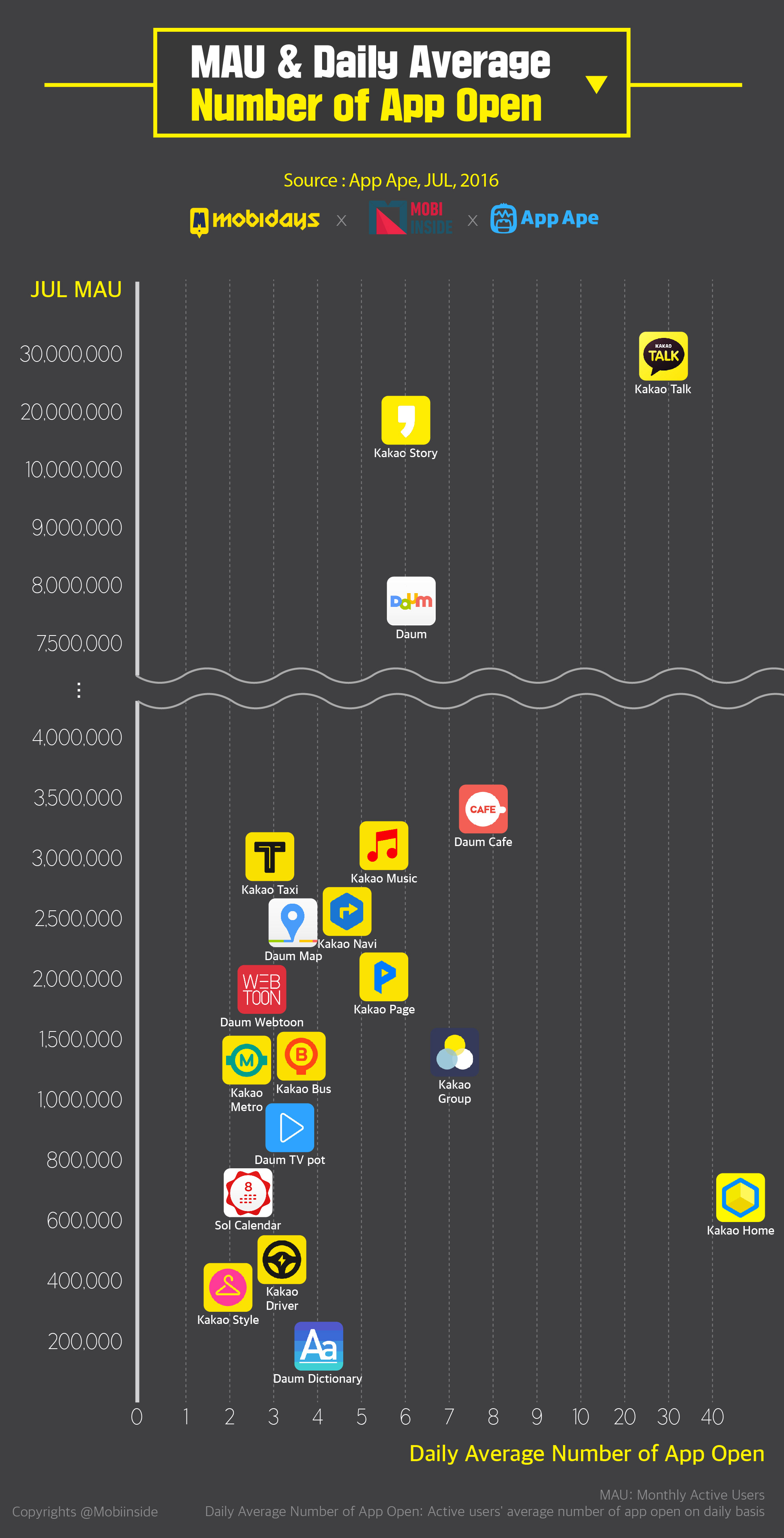 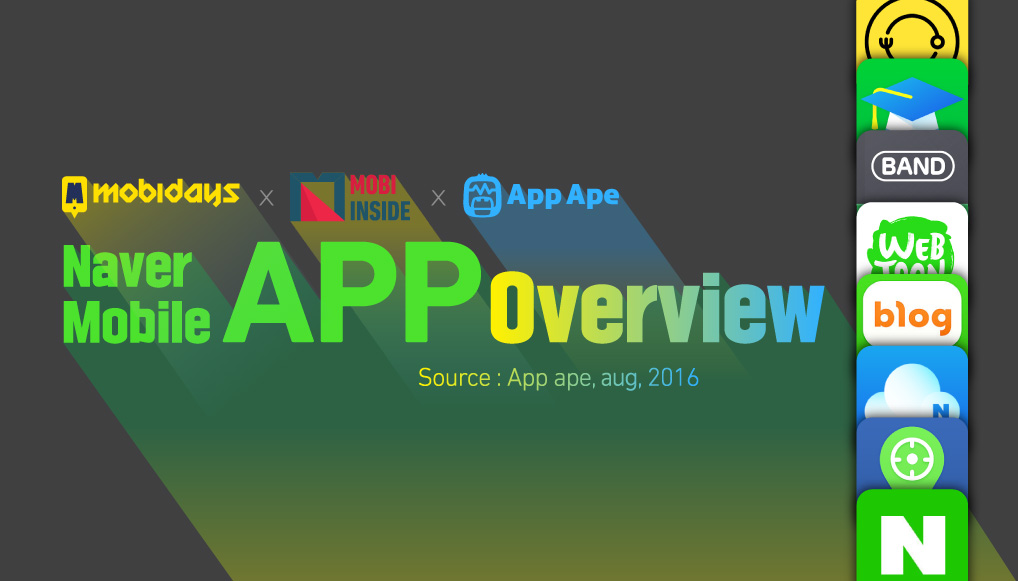 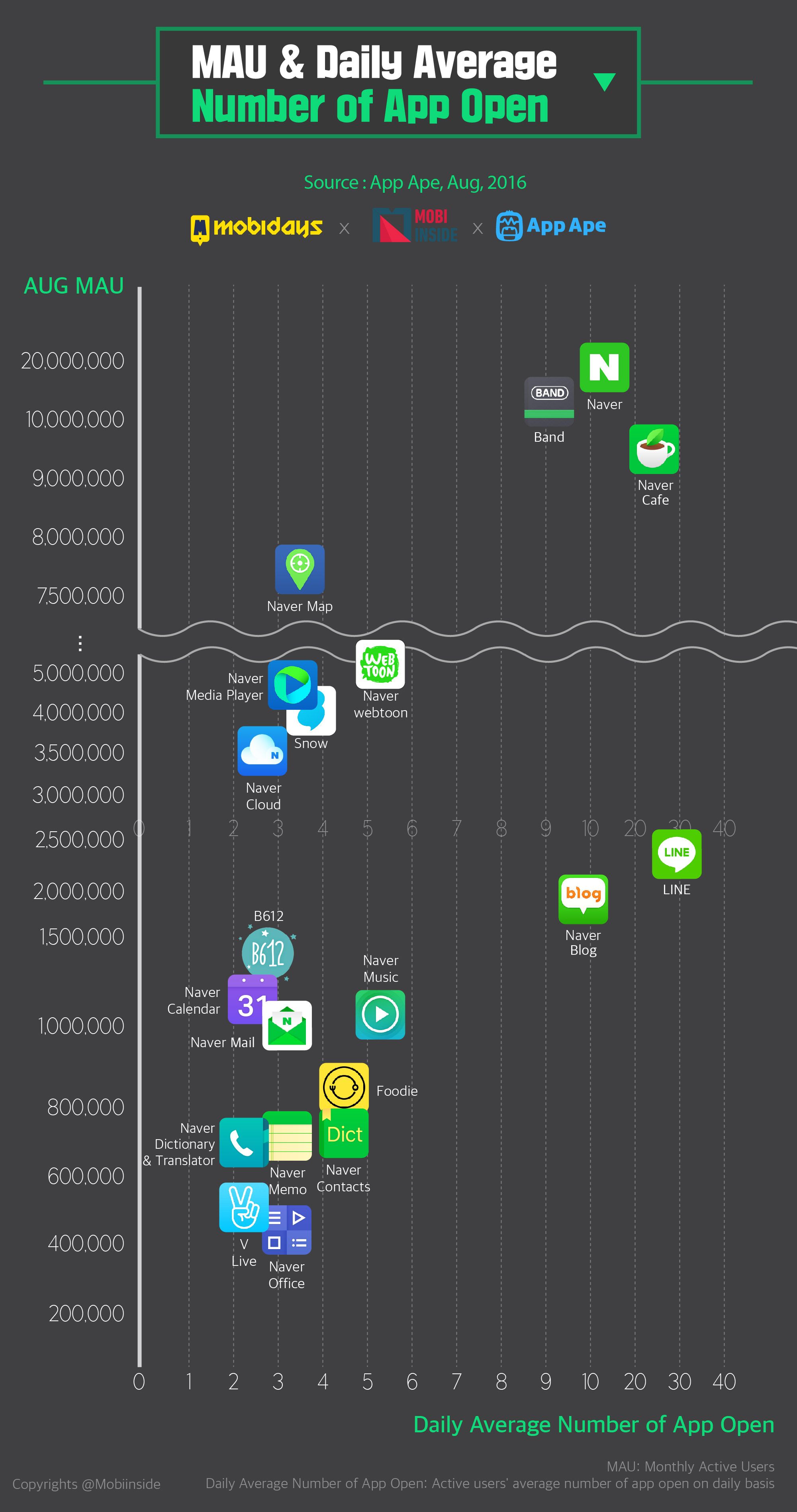