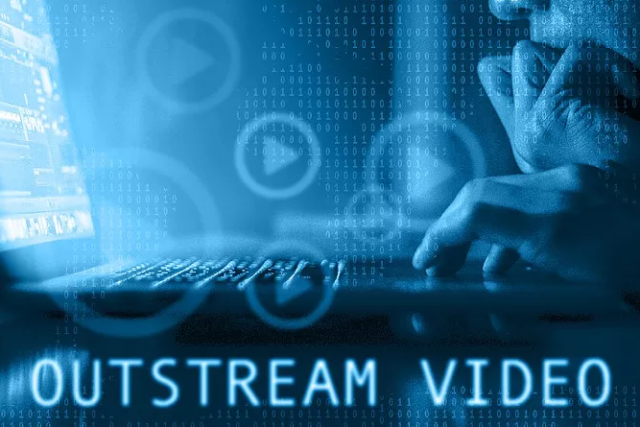 In the programmatic era, there are no more limitations for publishers on serving video ads. Publishers without video content can still serve video ads as the outstream video ad unit is a format that widely expands the reach of video ads by placing them in areas that were previously off limits.

Outstream video ads allow publishers to insert video ads into static display ad spaces, located typically between paragraphs of text or images, making it a far more flexible ad format. The ads are high-quality, autoplay videos typically served without sound. Designed to be 100% viewable, they magically deploy and play when the unit is on screen. The less-intrusive nature of these ads — users can easily scroll by them — along with their expanded reach, makes them very valuable.

Thanks to its unique ability to monetize webpages lacking video, outstream technology is quickly gaining its foothold for a publisher’s ad inventory. Many premium publishers have already adopted the format including, The Washington Post, Forbes, CBS, Conde Nast, Time Inc., Tribune, Mashable, etc.

Some publishers are selling outstream placements for a CPM as high as $45, putting them in the same pricing category as pre-roll ads on YouTube and Hulu.

Ad networks are also getting into the game. Both Google and Outbrain offer outstream placements, and Taboola just acquired outstream startup ConvertMedia. 77% of ad agencies worldwide believe the new format is going to become increasingly important to their clients in the near future. Some 37% of brand professionals believe that outstream video ad spending will even outpace that of instream.

Viewability: Advertisers often worry if their video ads are actually being seen by viewers. Because outstream ads can be placed anywhere and are designed to play only when in view, they’re capable of achieving 100% viewability. If the user scrolls away, the ad pauses until that user scrolls back.

Monetization: Outstream ads can easily be monetized by all publishers. Since it is no longer necessary for websites to host video content to place video ads, the publishers are able to have their cake and eat it too.

Less Fraud: Outstream ad units only launch when the page they’re on registers a user action. These actions are hard for bots to fake.

More Awareness: Research shows that outstream ads resulted in a 10% lift in brand awareness over other video ad formats.

Sound: If users don’t have their sound on, they won’t hear the ad, which can render it ineffective. A quick fix for this is subtitles.

Hidden from Buyers: Due to confusion about how to best offer them, they’re difficult to find in ad marketplaces. As a result, many outstream campaigns have to be bid on as part of a bundle with pre-roll placements and banner units.

KPIs: As a fairly new ad format, KPIs are difficult to track since many platforms lack adequate outstream analytics.

Autoplay: Since these are autoplay, some users find them annoying.

Despite the advancement showed by outstream video ads, the possibility, and even likelihood, of noncompliant ads slipping through are still high.

GeoEdge protects publishers from problematic video ads, including malvertising and inappropriate content. In fact, GeoEdge scans and monitors video ads for malware, non-compliance in video length, VAST/VPAID loading time, supported media files, video frame rate, and more. Only GeoEdge can scan and parse the full specs for VPAID & VAST video ads. And only GeoEdge can analyze the entire delivery path “inside” the VAST and/or VPAID specifications.

Campaigns in breach of company policy are quickly detected and we immediately deliver actionable information – including target, impact, source, and a live capture of the video ad – to shut down the campaign swiftly. Learn more about our video ad scanning solution.